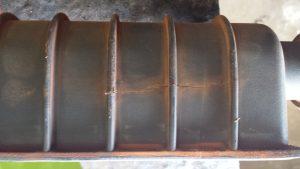 Thank you to all who have called and written in about last month’s article regarding how to buy a new or used vehicle.

Since the hot weather has arrived, I have received calls about radiator issues. Here is one such story.

I received a call from Helen a few weeks ago. As a nanny and medical student, she drives her 2006 Honda Civic with 190k miles every day. She mentioned she saw a green drip from the front of her car and was worried about what it was. As it turns out, she had a copy of the Beaverton Resource Guide in her car so gave me a call.

I asked Helen if I could take a look at the car and she said yes but not that week as she was busy. I asked her if the car was an automatic transmission and she answered yes.

I explained that the transmission cooler was located in the radiator, and that today’s radiators were aluminum core with plastic tanks. Then as the plastic ages, it becomes weak and usually the top tank will begin to discolor, where the plastic has weakened.

In the event the tank should split from the pressure inside the cooling system, the engine could overheat and the transmission could also get a lot hotter than it should.

I explained to Helen that a car with nearly 200k miles, this was not uncommon with the way radiators are made nowadays.

Later that day after she finished work, Helen called again and said her drip had created a puddle under her car!

I asked her if she knew how to pop the hood and prop it up so she could take a picture and text it to me.

She mentioned she was near my office and asked if I could take a quick look. I agreed.

When she arrived, I popped the hood and sure enough the top plastic tank was split!

Luckily it was about 5pm, and I was hopeful that we could get a new radiator with upper and lower hoses. I called Beaverton NAPA Auto parts and luckily everything we needed was in stock.

I asked Helen if she had an hour or so to do the replacement and she asked if she had a choice? I answered, “not really”.

Luckily we rode down to the parts store where I was able to get my discount on a new radiator, hoses and a gallon of coolant/antifreeze.

We returned to my shop and in less than an hour we had her vehicle repaired and ready for the road!

Helen was very happy that she called me and was able to get this fixed so quickly since she had to be working all week driving as a nanny.

I mentioned to Helen that I had received a few calls about this type of issue in just the last couple of days. I am thankful I was able to help her as she didn’t have any idea of what to do. I do not typically do auto repair as a rule, but exceptions are necessary at times and I am always glad to help a Beaverton neighbor in need.

I hope this story is helpful to our loyal Beaverton Readers.

Thank You all for reading and for all of the calls and emails. I can be reached at fergusonautobrokers@gmail.com or on my cell phone (503) 930-1493. Larry’s specialty is locating cars, even hard to find cars, for everyday folk. He has been in the automotive industry for over 35 years and has several degrees in automotive technology. 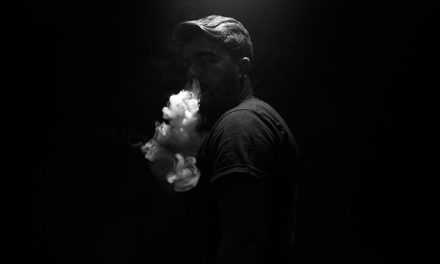 You’ve seen vaping in the headlines. Local pulmonologists share what you need to know