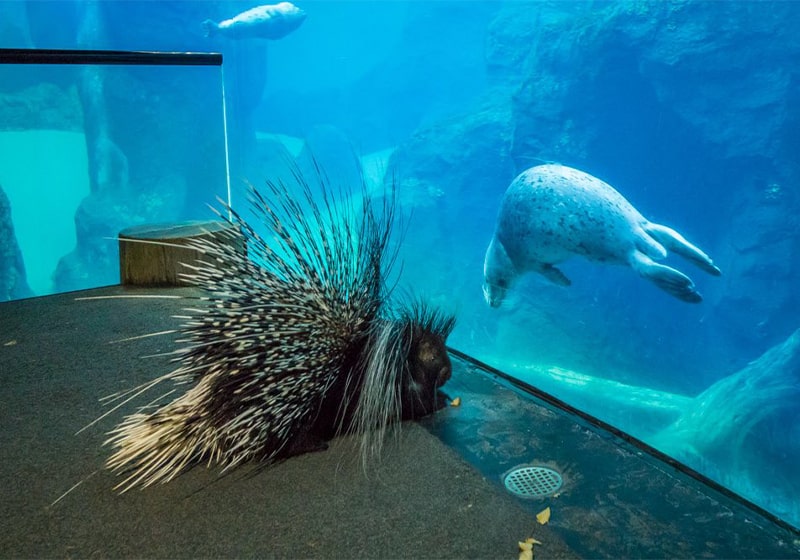 Look no further than Nolina, the African crested porcupine with the admirable workout routine. At nearly 16 years old, Nolina is known for her daily power walks around the Oregon Zoo, which keep her looking sharp and feeling fit in her golden years.

Earlier this year, the normally spry Nolina began to show signs of aging, moving more slowly and taking her time getting up in the morning. To help keep her healthy and active, vet staff recommended a brisk daily walk. Nolina’s care staff noticed a change almost immediately.

“She’s very energetic these days,” said keeper Kristina Smith, who has cared for the porcupine since her arrival here in 2011. “Our walks are a great way to get Nolina out and moving, and they give her new things to see and smell.”

Keepers lead Nolina, and sometimes her porcupine pal Sharpie, on power walks through the zoo’s indoor rainforest area, passing piranhas, an armadillo, a slender-snouted crocodile and other animals along the way. On longer jaunts, they venture out to visit the nearby flamingos, giraffes and bonteboks.

To encourage Nolina, Smith uses target training and food rewards — apples and sweet potatoes are among her favorite treats. Once she gets moving though, she doesn’t need much motivation.

“Porcupines aren’t known for speed, but Nolina can move very quickly when she wants to,” Smith said. “There are plenty of days when our morning walks turn into jogs because she’s having so much fun.”

African crested porcupines are the largest porcupine species in the world and among the largest rodents in the world. Among their distinguishing features are black-and-white quills on the neck and back that can grow more than a foot long.

To see a video of this morning routine, go to bit.ly/PorcupineWalks 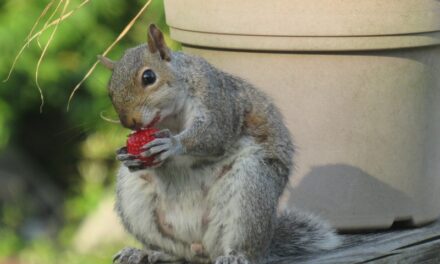 Can animal services help me deal with some crazy squirrels? Also, licensing your puppy 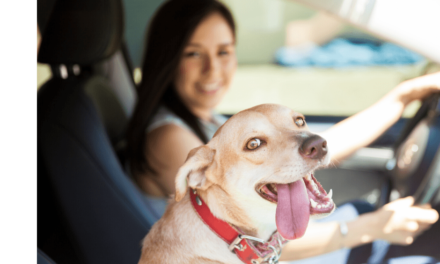 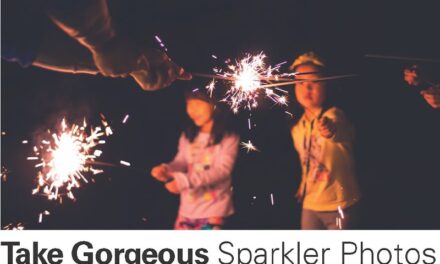 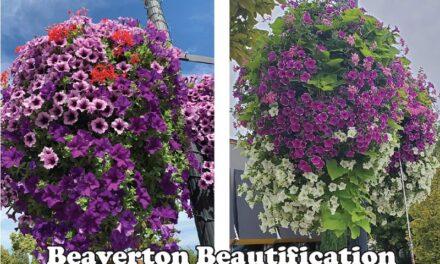