My retirement, my choice: Aging in the ‘right’ place 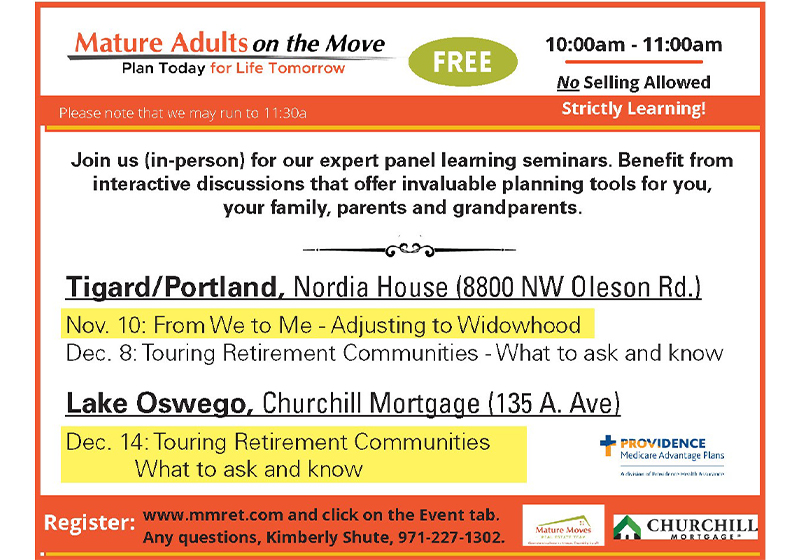 Aging in place. It sounds like the ideal scenario for post-retirement living. In fact. that’s what most people initially think of when they picture their golden years.

But is aging in place really the best option for everyone?

“While various studies conclude that people generally want to ·stay put’ for the rest of their lives, these surveys often lack qualifiers for a ‘staying put’ rationale. They rarely give alternative living options and almost never define what aging in place actually means,” she added.

“Because long-term care costs at the nursing level are extremely high, governmental agencies have a vested interest in perpetuating the message that staying in your current home is the best option,” Buckelew said. “For them, supporting older adults in the community is much less costly than paying for long-term care in a nursing home. This message can cause confusion.”

Independence is the ultimate goal

Despite the increasing number of new communities, a stubborn stigma around retirement living persists. For many, the words ‘senior living community’ evoke visions of sterile, clinical facilities or loss of independence. Yet, this image no longer represents modern senior living.

“There are plenty of people now electing to downsize voluntarily, moving out of their big homes and into senior communities,” Buckelew said. “People in this category are generally healthy, active, and financially capable of making the choice for themselves. Some want convenience and some want social connections. Reasons for moving vary greatly.”

Gillespie added, “Ultimately adults of any age want to be in charge of their affairs. Who do you want to make your plans? Well, you do,” she said.

“We have five married daughters. We have watched our sons in law deal with parents who didn’t want to move and moving parents who truly needed to. We didn’t want that. We made our choice – then we told the kids. They were all thumbs up,” Gillespie said.

Moving involuntarily due to a medical emergency or because of pressure from family or physician can result in negative emotions and difficulty calling a new place home. Some fight against the perception that downsizing means loss of independence or somehow a personal failure.

“People hold out as long as they can. staying put until they have a crisis and someone insists they move. At this point the options are usually limited. By waiting too long. they end up in a place they said they would never want live.” Buckelew emphasized. Conversely. people making the choice themselves tend to thrive and adapt quickly.

Like the Gillespies. the Alexanders said it was a process. Both couples attended local educational seminars. learning all they could until their ideal solution took shape. Both agreed it was easier than anticipated.

By Kimberly Shute. If you would like to learn more about real estate and move management services, please let me know: 971-227-1302 | www.mmret.com or email Kimberly@mmret.com 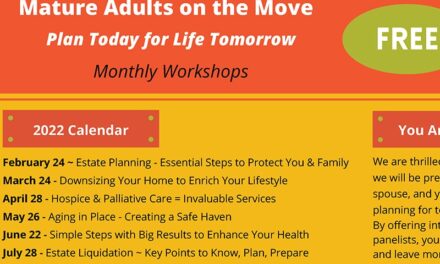 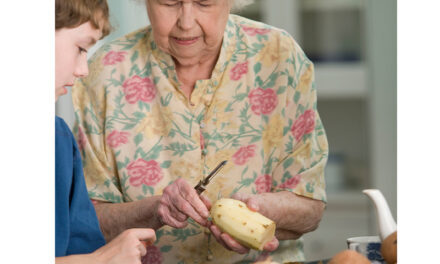 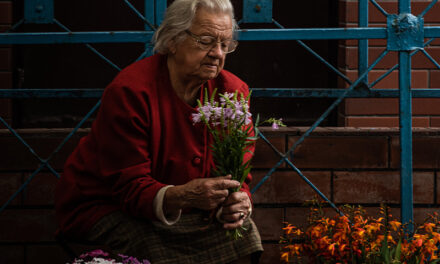 Help from your village in cognitive health, 3 tips for caregivers 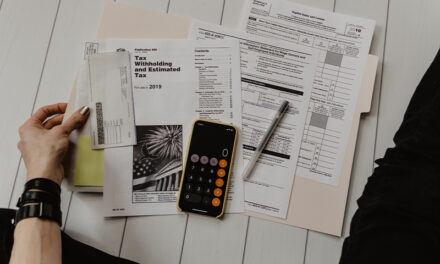 How to discuss finances with aging loved ones: FREE seminar on Nov. 29, 3pm